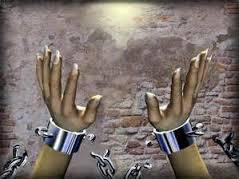 The kingdom of darkness was birthed in the pride that filled Satan's heart (Is. 14:12-18). Satan's arrogance had its roots in his physical beauty (Ezek. 28:12-18). The original sin took place in the Garden of Eden, as a result of the serpent's appeal to the pride of Adam and Eve (Gen. 3:1-7). Pride is one of the three root sins of mankind.

"For all that is in the world—the lust of the flesh, the lust of the eyes, and the pride of life—is not of the Father, but is of the world" (1 John 2:16). Satan will use pride to keep people from seeking God (Ps. 10:4). Jesus said pride comes out of the heart of a person and defiles them (Mark 7:22). Pride is the root of all contention and strife (Prov. 13:10). The Apostle John wrote of the dangers pride and how Satan will use it to fight against the church.

"I wrote to the church, but Diotrephes, who loves to put himself first among them, did not accept us. Because of this, if I come, I will bring up what kinds of works he does: ranting against us with malicious words. Not content with that, he does not accept the brothers, and stops those who want to, and throws them out of the church. Beloved, do not imitate that which is evil, but that which is good. Whoever does good is from God, but whoever does evil has not seen God" (3 John 9-11).

"Pride goes before destruction, and a haughty spirit before a fall" (Prov. 16:18).

Satan's heart is not only filled with pride but with greed.

"You were the anointed cherub that covers, and I set you there; you were upon the holy mountain of God; you walked up and down in the midst of the stones of fire. You were perfect in your ways from the day that you were created, until iniquity was found in you. By the multitude of your merchandise, you were filled with violence in your midst, and you sinned; therefore I have cast you as profane out of the mountain of God; and I have destroyed you, O covering cherub, from the midst of the stones of fire" (Ezek. 28:14-16).

Satan tempted Balaam to prophesy against the people of God for great wealth (Num. 22-23). The apostle Peter warned the church in 2 Peter 2:1-16 of the demonic strategies used against Balaam. Jude warned of these same strategies in Jude 1-11.

Jesus also warned the church at Pergamos of these satanic strategies (Rev. 2:14). The apostle Paul wrote to Timothy that the love of money is the root of all kinds of evil. He gave five dangers of greed in 1 Timothy 6:9-10. It makes a person more vulnerable to temptation, it sets a spiritual snare, it creates foolish and hurtful lusts which will drown a person in destruction and perdition, it causes a person to err from the faith, and it pierces a person through with many sorrows.

Jericho was the tithe city of the promise land, set apart by God. No one was to take spoil for themselves, it was all to go into the treasury of the Lord (Josh. 6:17-19). One greedy man took some of the spoil bringing judgment upon himself, his family and the nation of Israel (Josh. 7:1-21).

Ananias and Sapphira lied to the Holy Spirit when they told the Apostle Peter in Acts 5:1-10 that they were bringing the whole price of their land as an offering to God. They kept part of the money for themselves, lying to the Holy Spirit and the apostles. Judgment was both swift and deadly.

3. Appetites of the Flesh

Demonic forces corrupted the early generations of mankind through sexual sins (Gen. 6:1-5). Satan trapped the Israelites by tempting them with sexual sins in Numbers 25:1-8 and 31:16. Satan took down Samson in Judges 16:5-20 by enticing him through the appetites of the flesh.

The apostle Paul warned the church at Thessalonica of this powerful weapon of the enemy (1 Thess. 4:1-8), and also warned his spiritual son, Timothy, of the strong snare these appetites are to men of God who want to be vessels of honor in the house of the Lord in 2 Timothy 2:19-26.

4. and 5. Rebellion and Stubbornness

Satan is the author of rebellion. He planned an attempted overthrow of heaven as described in Isaiah 14:13-15. He prompted a rebellion against Moses and Aaron by Korah and Dathan in Numbers 16:1-50. Saul was a self-willed and rebellious king over Israel, animated by powers of darkness (1 Sam. 13:1-14, 15:1-11).

We read in 1 Samuel 15:23 that rebellion is like witchcraft and stubbornness is like iniquity and idolatry. The apostle Paul warned the church in 2 Timothy 2:23-3:9 of the dangers of rebellion and stubbornness.

Unforgiveness gives the enemy a foothold (Eph. 4:26-27). "Give place to the devil" in Ephesians 4:27 means to give him an area of jurisdiction.

Jesus declared in Matthew 18:21-25 that unforgiveness in a person's heart causes God to have to turn you over to tormentors. Bitterness will bring defiling into every area of a person's life, relationships and endeavor (Heb. 12:14-16).

Satan was the accuser against Job (Job 1:1-12, 2:1-7). He is called "the accuser of the brethren" in Revelation 12:10 and accuses the believer to God day and night. The tactics he uses are domination, intimidation and control. The Midianites used these tactics to keep Israel in bondage to their tyrannical rule in Judges 6:1-5.

In 1 Samuel 17:1-24 we read that the Philistines used this same tactic against Israel with Goliath. The enemy has used this mighty weapon to control people, groups and nations for centuries. The following are some examples of the means used by the enemy in history.

In his book Western Civilizations, Edward McNall Burns says that the Assyrians "depended upon frightfulness as a means of overcoming their enemies. Upon soldiers captured in battle, and some upon noncombatants as well, they inflicted unspeakable cruelties such as, skinning them alive, impaling them on stakes, cutting off ears, noses and sex organs, and then exhibiting the mutilated victims in cages for the benefit of cities that had not yet surrendered. The accounts of these cruelties come from the records of the Assyrians themselves. Their chronicles boasted of them as evidence of their valor."

The Nazi's used open cruelty to bring intimidation, domination and control. Kazimierz Smolen, in his book Auschwitz 1940-1945: Guide-Book Through the Museum, says: "The prisoners then recalled scraps of information so nightmarish that it could hardly be believed. They went back to the period just after the end of World War I, when the name of Corporal Adolph Hitler had begun to appear ... his storm troops (SA), the main purpose of which was to spread terror ... demonstrations occurred in Berlin in 1932. ... Reich Stag was set on fire. ... Unused factories were changed into the first concentration camps. The Nazis had put thousands of Germans behind wires and bars. 250,000 anti-fascists were sent to concentration camps up till 1939, and 32,000 among them were executed with the ax."