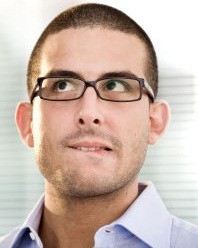 Doubting is a common experience among Christians.  You look at the Bible and see that solid Christians doubted.

Doubt stands at the edge of past understanding and longs for more truth.  So not only can you be a Christian and still have doubts, but you can hardly be a Christian without doubting from time to time.  After all if doubting was not possible faith would not be possible either.  Doubting does not mean that your faith stops.  It means that you’re trying to understand your faith at a deeper level.  Rather than being afraid doubts, we should allow them to take us deeper in our faith.  So when we’re in a spot where we don’t understand what’s going on, rejoice!  It’s an opportunity to go deeper in your faith.

There’s honest doubt and there’s dishonest doubt.  I’m going to start by saying for instance, cynicism, a dishonest doubt, is a deadly doubt.  I’m going to use many synonyms:  Cynicism, distrust, disbelief, hard heart, dishonest doubt.   Dishonest doubt is the type that questions but never attempts to resolve the question.  It’s the type that questions merely to question.  It is not a true quest.  It’s a mocking almost.  You can see the smirk on the face.  The cynic is pleased with doubt, looks for ways to doubt, delights in things that can be questioned looking for inconsistencies and finding contradictions.  A cynic expects God to jump out of the sky, meet their demands and answer their every question.  In fact, God did just that and many still don’t believe.  It says in the Gospel of John, even after Jesus did all of the miraculous signs in their presence they still would not believe in Him.  Cynicism is dishonest doubt.  The Bible calls it also hard heart.  The Greek word is “sclerocardia”.  Sclero:  Hardening.  Cardia:  Heart.  A dead heart because of the hardness.

There is a cure for doubt but cynicism is a condition within the heart that prevents faith.  The Holy Spirit needs to work on that heart and regenerate and give a born-again experience to that individual.  Cynicism resists surrendering to God.  There is a Scripture that is a warning for us in Hebrews 3d:12-15:  12 See to it, brothers and sisters, that none of you has a sinful, unbelieving heart that turns away from the living God. 13 But encourage one another daily, as long as it is called “Today,” so that none of you may be hardened by sin’s deceitfulness. 14 We have come to share in Christ, if indeed we hold our original conviction firmly to the very end. 15 As has just been said:    “Today, if you hear his voice,  do not harden your hearts as you did in the rebellion.” Clearly there is a difference between doubt and unbelief.  Let me just repeat, doubt asks the sincere questions.  Unbelief won’t hear the answers.  Honest doubt seeks to know and understand.  Dishonest doubt seeks to find reasons to stay at its present level of unbelief.  Honest doubt wants to know more about God and experience Him in new ways.  Dishonest doubt seems to question God at the most basic level in order to avoid coming closer to Him.  Honest doubt is seeking to come to a place of trust and rest in God.  Dishonest doubt seems to find excuses for not trusting God and excluding Him from one’s life.   There’s a Scripture that is a man saying, “I believe, Lord help my unbelief”.

This is about Jesus healing a boy possessed by an evil spirit.

14 When they came to the other disciples, they saw a large crowd around them and the teachers of the law arguing with them.

15 As soon as all the people saw Jesus, they were overwhelmed with wonder and ran to greet him.

16 “What are you arguing with them about?” he asked.

17 A man in the crowd answered, “Teacher, I brought you my son, who is possessed by a spirit that has robbed him of speech.

18 Whenever it seizes him, it throws him to the ground. He foams at the mouth, gnashes his teeth and becomes rigid. I asked your disciples to drive out the spirit, but they could not.”

20 So they brought him. When the spirit saw Jesus, it immediately threw the boy into a convulsion. He fell to the ground and rolled around, foaming at the mouth.  21 Jesus asked the boy’s father, “How long has he been like this?”  “From childhood,” he answered.

22 “It has often thrown him into fire or water to kill him. But if you can do anything, take pity on us and help us.”

23 “‘If you can’?” said Jesus. “Everything is possible for one who believes.”  24 Immediately the boy’s father exclaimed, “I do believe; help me overcome my unbelief!”  When Jesus saw that a crowd was running to the scene, he rebuked the impure spirit .“You deaf and mute spirit,” he said, “I command you, come out of him and never enter him again.”

26 The spirit shrieked, convulsed him violently and came out. The boy looked so much like a corpse that many said, “He’s dead.”

27 But Jesus took him by the hand and lifted him to his feet, and he stood up.

The boy’s father was conflicted.  He had heard about this Jesus guy.  He had heard about His disciples.  He took his boy to the disciples and they couldn’t do anything.  This guy had his doubts about Jesus and his disciples but he had a pressing problem and wanted and needed to believe for the sake of his boy.  So he had commitment with mental reservation  The emotion of this dad was for his own son and not for God’s son.  It’s very different than the centurion in Matthew 8 that had a sick servant and he came to Jesus and Jesus said, “Let’s go to your house”.  The Centurion said, “No, I’m a man of authority.  I understand that on Your word he will be healed instantly.”  What did Jesus say?  “I haven’t seen greater faith”.   It’s a different heart.  This man was an unbeliever that had a pressing need.