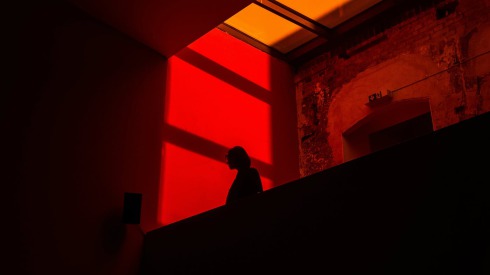 Every army general serious about success enters a battle with a plan. He knows his strengths, his weaknesses, his tactics, his contingencies. Most of all, for his plan to be successful, he must know his enemy. If he doesn’t, even his best intentions won’t keep him from destruction.

When it comes to battling temptation, however, many of us assume that good intentions are sufficient. We really do want to overcome temptation, but we’ve never considered that our temptations are administered at the hands of a skillful, ruthless enemy bent on our destruction. Our good intentions are no match for the corruption of our flesh, much less the cunning of our enemy.

As the apostle Paul noted, as long as we dwell in corruptible bodies, we’re going to have temptations. And we’re going to stumble — sometimes quite often. The greatest saints have despaired over their propensity toward temptation even in their dying days. In his eighties, John Newton confessed how discouraged he was with his lack of spiritual progress and how acute the temptations of his flesh still felt to him. John Bunyan lamented the fear and faithlessness he felt going into the last chapter of his life.

Even so, we don’t have to throw our hands up and simply give in. If we know a little about Satan’s tactics, we can have much more confidence when he attacks.

When Satan tempted Jesus, he began by saying, “If you are the Son of God” (Matthew 4:3).

Wait —“If”? Just a few verses earlier, when Jesus was baptized, God the Father had declared from heaven, “This is my beloved Son, with whom I am well pleased” (Matthew 3:17). Satan, you see, rarely starts with lies; he starts with dangerous questions. “If this is really true . . . ”

Satan’s go-to tactic in our lives is to break the hold the word of God has on us. So, he takes what God has declared and casts doubt on it. Satan puts question marks in your life where God has put periods.

Sometimes he’ll move from questioning God’s truth to outright denial. But many times, the question itself is enough. We find ourselves with Adam and Eve: doubting. Does God really have my best interests at heart? The warmth of our affection for him soon cools, and we are left longing for the comforts sinful indulgence will bring.

Often, however, more effective than denial or doubt is simple distraction. After all, Satan is happiest when we are not thinking about the word of God at all. C.S. Lewis depicts this well in The Screwtape Letters. The older demon, Screwtape, is writing to a younger demon-in-training, describing a critical temptation he was involved in. His victim was reading a book that prompted him to think about God. “Before I knew where I was,” Screwtape says, “I saw my twenty years’ work beginning to totter.” So, what did he do?

He didn’t launch into an attack on God’s existence. He didn’t bring up lustful temptations. He simply reminded his victim that it was almost time for lunch. And by the time this poor sap was on his way out the door, Lewis said, he had completely forgotten about God. Often, Lewis notes, distraction is a more effective technique than denial.

If Satan’s main aim is to distract us from God’s word, it makes sense that the primary way we overcome Satan’s temptations is by intentional meditation on God’s word. That’s true. But it may not be true in the way you think.

Many people interpret the big point of Jesus’s temptation like this: the way you overcome Satan is by knowing more Scripture than he does. Growing up, I envisioned this like some kind of Harry Potter duel. Satan throws a temptation, and you ward it off by going, “Oh no you don’t! First Peter 3:8!” Bam! Then Satan comes back with another one, and you say, “Ah, but I know the genealogy between Eliud and Jehoiachin!” And Satan says, “Whoa, I can’t touch that. Foiled again by AWANA!”

Here’s the problem with that: No matter how many years you’ve memorized Scripture, Satan still knows more verses than you. He’s had centuries of practice. And reciting the one verse you happen to know (“I can do all things through Christ who strengthens me!”) isn’t going to automatically send him running away in fear.

There is something specific about God’s word that Jesus recalls, something that undergirds every verse he quotes, something so powerful that not even Satan, with all his knowledge, can refute it — his identity in the Father’s eyes. Remember? Satan said, “If you are the Son of God.” Everything Jesus quotes ultimately goes back to the security he possesses in who he is before God. The Father gave Jesus an identity-defining period, and he rested in it.

The Root of All His Schemes

People think Satan’s main work is weird stuff — making people foam at the mouth or levitate above their beds. And while he does some of that, that’s not what he goes after with Jesus. He wasn’t even trying to seduce Jesus through the lusts of his flesh. In the wilderness, for instance, he wasn’t showing Jesus pornographic images. Satan tried to make Jesus question God’s presence and God’s plan. He knew that if he could get Jesus to doubt God’s goodness toward him, the rest would fall into place.

That’s the root of his temptations toward us: to get us to establish our identity on something other than God’s declaration over us in Christ. The moment he convinces us to insert that question mark into our lives, our security disappears and our strength evaporates.

We don’t battle Satan mainly by what we determine to do, but by declaring what Jesus has already done. By defiantly declaring our identity in Christ. Jesus overcame Satan’s lies when we couldn’t. We overcome Satan by trusting in his victory and asking his Spirit to overcome temptation through us.

Take Your Identity into War

Satan’s first temptation toward you will be to get you to base your identity on something about you. Anything about you. How you live. How well-liked you are. How many people come to your church. How much more successful you’ve been than others in similar circumstances. He wants to distract you from the gospel message that in Christ we have the final approval of the only one whose opinion really matters.

We defeat Satan by clinging to that gospel, defiantly, flinging it back in Satan’s face. If I am a child of God? I am a coheir with Christ, chosen in him from the foundation of the world. Seated with him in the heavenly places. In him, all the promises of God for me are yes in Christ Jesus. Surely goodness and mercy will follow me all the days of my life.