How To Know How Satan is Tempting YOU 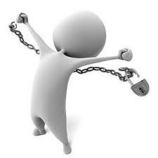 Martin Luther once compared the Christian to a drunken man trying to ride a horse. It’s a comically apt comparison. This man scrambles up one side of the horse, and promptly falls off the opposite side. So then he climbs up from that side, and falls right off the other. Luther meant to say that as Christians, we are prone to extremes. When we are not veering too far in one direction, we are swerving too far in the other.

One of the areas in which we are given to extremes is the area of Satan and his demons, and their work in this world. Some Christians are so obsessed with Satanic activity that they can hardly talk about anything else. Other Christians are so oblivious to it that they would rather not talk about it at all. Yet, as is so often the case, the Bible directs us to a much better middle ground where we are aware but not obsessed, where we are mindful of Satan’s activity but equally convinced of Christ’s victory.

The Bible does assure us that Satan is active in this world. Even though he is a defeated foe and, as Luther said, “his doom is sure,” he remains a dangerous foe. He is like a rattlesnake who, though crushed, continues to thrash in his death throes. His bite remains deadly and dripping with poison.

Satan hates God and hates anyone created in the image of God. He has made a long and intense study of humanity. He knows our strengths and weaknesses. He knows our secret desires. Satan knows how to custom-craft temptations to fit each one of us.

In his book Tempted and Tried, Russell Moore suggests a way to think about how Satan may be tempting you:

Imagine you could do anything, you could make it happen exactly as you wish, and could then go back and reverse time so that it had never happened—no consequences for your life, your work, your family, or Judgment Day. What would it be? Whatever comes to mind might be a pretty good insight into where it is your desires are being formed.

What would it be? Your answer will be different from my answer. We are unique beings, with unique desires and unique temptations. Wherever you could sin without consequence and without judgment, wherever you could fulfill an evil desire without fear of repercussion, that is exactly the kind of place Satan will tempt you. As he steers you toward sin, he will eventually convince you that you can sin without consequence. He will convince you that you can get away with it. After all, this is the lie he told Adam and Eve all along, namely, that they could sin with impunity. And while the times change, his strategies remain much the same.

Where you would sin if you could sin—that very well may be the place you will sin when you are tempted to sin. 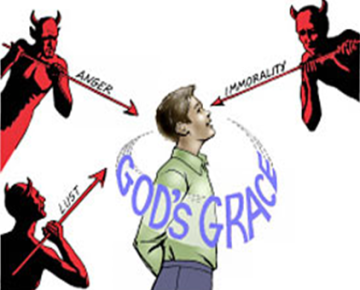