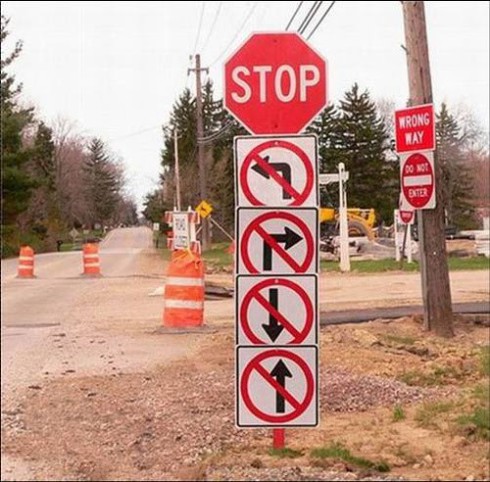 Remember, the name “Satan” means “accuser.” A demon will wait until a person breaks one of the Ten Commandments or any of the other Biblical laws. Once a person has done so, the demon has the legal right to accuse that person. Now if a person is saved through Jesus Christ, God has a hedge of protection around him, guardian angels, if you will, that will defend against demonic oppression that comes as the result of “falling”, sinning through ignorance or as the result of a one – time act of disobedience.

But if a person is unsaved, or if the Christian is willfully and persistently rebellious, defying the Word of God, then there will be no hedge. Which will not necessarily mean that demonic possession and oppression will always happen, just that there is the opportunity to do so. Incidentally, a Christian who is legalistic rejects what the Bible says abotut God’s grace and puts his faith in his doctrines, religion, and human efforts rather than in God. So, legalistic Christians are actually more at risk to become oppressed by devils than a great many of the unsaved, especially if a person follows after a doctrine that teaches that he can “lose his salvation” or that his “holiness” or “spiritual gifts” are the result of righteousness attained by works; common teachings in Oneness Pentecostalism and other “holiness or hell” – I call it “their notions of holiness will take you straight to hell” – strands of people who deny the Bible’s teachings of grace and Trinity.

In the name of Jesus Christ, Amen.

(Continue with guidance from the Holy Spirit until God tells you that the demon is gone. The Holy Spirit may tell you that the person being delivered is holding onto the demon or something else that is not of God and therefore allowing the demon to remain; if so the person may need further counselling and prayer to renounce and reject anything that displeases God before the deliverance can proceed).

With intercession, rather than commanding the demon to come out, you must bind the demon until such time that it can be cast out:

In the name of Jesus Christ,

I bind you demon of ____ from controlling

or influencing the mind and will of ____.

In the name of Jesus Christ,

the person to seek deliverance...

Father God in the name of Jesus Christ,

from the demon of ____ in the manner that you choose.

In the name of Jesus Christ, Amen.

Satan has authority that has been granted

to him by God the Father.

Any additional authority that Satan has,

is granted to him by ignorant people.

People have authority that has been granted

to them by God the Father.

We have complete authority over ourselves

and our subordinates (ie minor children, spouse, your home, your office, your car, etc).

We cannot assume authority over any area

that has not been given to us.

Neither can Satan or any of his demons.

You WILL GIVE Satan authority over your life

if you dabble in pornography, illicit drugs, alcohol,

occult practises (Tarot, Ouija, etc) and any other sin.

Your words have power - cursing another

will open the door to demonization.

Your words are ineffective if you try to claim authority

where you have none

better than most believers.

and will not relinquish it easily.

Satan must and will obey legal authority,

if you have it.

Satan will question your authority,

so be sure of it before you begin.

The Blood of Christ is your authority.

Baptize yourself in it

before you begin any proceedings against demons.

The term ‘possession’ in the context of the demonic is better seen as ‘control’ rather than ‘ownership’. Humans have a triune nature (body, soul and spirit). Strongholds, are “well defended areas that hold up against attack.”

Let’s start with a dictionary definition. A “stronghold” can be defined as: “A well fortified place; a fortress” “fastness; a fort or fortress; a place of security” “fortified place; refuge” “a strongly fortified defensive structure” A stronghold is a defensive structure. For the purpose of this study, it represents areas of your life that are not fully under God’s control – a habit or compulsion to do something that is not easily brought under control. The reason why things like ‘anger’ or ‘jealousy’ or even ‘gluttony’ are strongholds is that demons use these areas in the soul (which consists of your mind, memory, emotions and will) as defensive structures. You will find that there will be one area of your personality that you can’t control and you can be assured that at least one (and usually more) demon is entrenched under that area and will not leave without a fight.

Think about an appartment building. Each tenant has access to their own room, and each has their own key. ”Good” people can live in one part, and “evil” people can live in another part – but it is still the same building. Even if the ownership of the appartment building changes hands, just because the new owner gets the title deed does not automatically eject the ‘evil’ people from the apartment. If I am the new owner, I may still need to work at physically removing unwanted people from my building. Using this analogy, the apartment building represents you, specifically your soul. Demons will reside in your soul and manifest in uncontrollable or compulsive behaviours or thought patterns. These are strongholds. Remember that a ’stronghold’ is a defensive, fortified position. Using the analogy, the strongholds would represent the rooms that the demons reside in. Are you always angry? Do you have an uncontrollable jealousy? Can you never see a member of the opposite sex without wanting to have sex with them? Then there are strongholds in your life; areas not totally under God’s control – and not under yours, either. But you’d better believe somebody’s controlling! How did the demons enter? The tenants in each apartment building would all have keys, which give access to the rooms they occupy. In the same way, demons enter though what I call ‘open doors’. Behaviours such as unforgiveness, idoatry, unconfessed sin and others give demons legal access to your soul; these actions are the keys to the apartment’s rooms. In Matthew 18:23-34, Jesus gave the parable of the unforgiving servant. He was forgiven a great debt, but wanted to haul a fellow servant out of the coals for a smaller debt.

Matthew 18:34 (King James Version) 34And his lord was wroth, and delivered him to the tormentors, till he should pay all that was due unto him. Unforgiveness was the reason that this servant was ‘released to the tormentors.’ Did you see it? Unforgiveness was the key to the apartment. The other thing is that the master delivered the servant to the tormentors…. the servant’s choices started the ball rolling, but the consequence of the sin is that the master (God) delivered him up to be tormented. So what does God do through deliverance? Here’s another quote from the last post, with a couple additions. What God has to do is, through the power of the Holy Spirit, remove the legal right for the demonic to have access, which forces them to leave when commanded out by a child of God. In essence, the owner of the house (God) gets the help of a lawyer (Jesus) who effectively writes up and enforces an eviction notice (through the power of the Holy Spirit) on the former tenants, which breaks their legal right to be there. Then, they can legally be evicted by the police force (a Spirit filled believer.)

Satan is a legalist. Looking up the definition of “legalism” we see that it means: Strict, literal adherence to the law or to a particular code, as of religion or morality. The judging of conduct in terms of strict adherence to precise laws. Excessive respect for the letter of the law, and the forms and institutions of law, at the expense of wider moral and social considerations. Satan is a master manipulator, but knows and enforces a strict, unhealthy adherence to the law. He uses his knowledge of that law like a prosecuting attorney – in an accusatory manner. He is a master of judging conduct in the light of strict adherence to law, even while he manipulates people into breaking that law. One can see this when he challenges Eve in the Garden of Eden - “Did God really say that you must not eat from any tree in the garden?” (Gen 3:1) He manipulates Eve to see the forbidden fruit as desirable and “good for food”, and thus causes man’s fall. He tried to manipulate God by questioning Job’s motivation for serving him (Job 1:9; 2:4), accusing Job of only serving God because God protected him. He showed his legalism again in the temptation of Jesus because he knew that he had the authority to offer Jesus the kingdoms of the world “…they have been given to me….” (through the Fall) and he could give them to anyone he chooses. 5The devil led him up to a high place and showed him in an instant all the kingdoms of the world. 6And he said to him, “I will give you all their authority and splendor, for it has been given to me, and I can give it to anyone I want to. 7So if you worship me, it will all be yours.” (Luke 4:5-7)

He even quotes Scripture, trying to manipulate via corrupting the context of Psalm 91:11-12 9The devil led him to Jerusalem and had him stand on the highest point of the temple. “If you are the Son of God,” he said, “throw yourself down from here. 10For it is written: ” ‘He will command his angels concerning you to guard you carefully; 11they will lift you up in their hands, so that you will not strike your foot against a stone.’[c]” (Luke 4:9-11) The fact is, Satan knows how we should live better than we do! He manipulates us to break the moral code, and then accuses us unmercifully when we fall for his schemes. When we succumb to his tempations, he and his kingdom use our sin as legal right to harass.

Without the legal right being removed by repentance and renunciation of the sin, it is commonly experienced that the demonic oppression stubbornly refuses to lift. This is the reason why, in my deliverance sessions, I lead those who I am ministering to through a process of identifying and dealing with these sinful areas, called open doors because they give unrestricted acccess to the enemy.

Believers in Christ Jesus need to learn how
to keep their doors closed,
their minds focused,
and their spirits intact
for obedient service to the glory of the King!