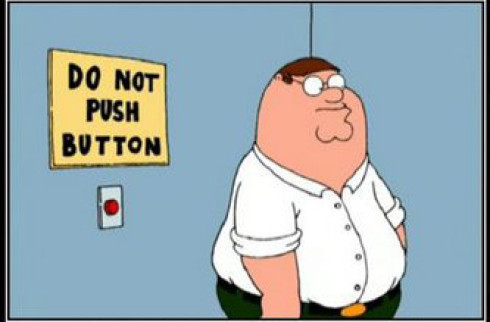 Here are five steps to leading someone into sin.

Be a theologian. There is little doubt that Satan is a theologian, and a skilled and outspoken one at that. He has had a very long time to study God and, as a leader among angels, once enjoyed free access to Him and close communion with Him. Satan knows God and knows about the character of God. But unlike the theologians we seek to be, Satan is a theologian who despises God with every bit of his being. When he turns to Eve and says, “Did God really say…?” he brings Eve into a dialogue that opens her mind to a new realm of possibility, one she would not have thought of on her own. He knows God well enough to know what God has said and done.

But there is more. Satan is not only a student of God but also of men. From the moment God first spoke of man, Satan must have been watching and observing. Knowing that man was the crown of creation, Satan was surely looking for an opening, a way to destroy this jewel. He became a student of the ways of men. As a theologian, a psychologist and an anthropologist, Satan has unique skill at leading men astray.

Turn commands into questions. Satan takes the command of God and rephrases it as a question. “Did God really say?” What was a clear statement suddenly becomes hazy. Posing as a theologian he asks, “Are you sure about this, or is this only Adam’s testimony as to what God said? Are you sure? How do you know? Is this really a command? Can we discuss this a little bit? Is it possible that you misinterpreted what God said? Is it possible that there is some context here we’ve ignored?” Waltke says, “Within the framework of faith, these questions are proper and necessary, but when they are designed to lead us away from the simplicity of childlike obedience, they are wrong.” And so we see Satan raising questions of interpretation and authority necessarily designed to create doubt and confusion and to lead away from the simplicity of a childlike obedience.

Emphasize prohibition over freedom. Satan carefully and deliberately distorts, “You may surely eat of every tree of the garden” into “You shall not eat of any tree in the garden?” He overlooks the great freedom God gave Adam and Eve and instead overstates the one prohibition. He gets Eve to focus on the prohibition rather than the gift and the freedom. Instead of focusing on the Tree of Life, from which she was free to eat, and on the millions of other trees available to her, Satan got her to focus her heart on that one tree from which she was not allowed to eat. And Eve began to focus not on what she had been given, but on what had been forbidden. And suddenly nothing but what was forbidden could satisfy her.

Doubt God’s sincerity and motives. Satan casts God’s motives as self-regard rather than love. “God knows that when you eat of it your eyes will be opened, and you will be like God, knowing good and evil.” He convinces Eve that God is limiting her, that He is not giving her the full measure of humanity. He is holding back, reserving for Himself things that she deserves to know and to experience. As Waltke says, we hear this message all around us today. “Be liberated! Be free! Self-actualize! Unleash your inner potential! The Serpent’s message even echoes in the church. Instead of sanctification, the church seeks self-improvement. Instead of holiness, the church seeks happiness.” When you hear such things, you can rest assured that the Serpent is once again at work seeking to convince you that you need to be something other than what you were created to be.

Deny what God says is true. In the final step, Satan flatly denies what is true. “You will not surely die.” The fruit of all of the doubt and the resentment is unbelief. If God’s words happen to hinder us from becoming what we want to be or from doing what we want to do, Satan convinces us that we can safely ignore them. In the church today many people de-emphasize sin because it may hinder the quest for self-actualization or it may make people feel guilty or damage their self-esteem. “Sadly many evangelical churches are in the process of buying into a guilt-free, pain-free, judgment-free gospel.”

In the face of such temptation, the woman yields to Satan’s denials and half-truths. “Having stripped Eve of her spiritual defenses, Satan’s work is done.” Without God, the decision will be made purely on the basis of pragmatism, of what works best to bring about the desired end, on the basis of aesthetics, of what is beautiful, and on the basis of self-improvement, of what will bring her supposed wisdom. It is only one short step from here to outright disobedience.

And so Satan works through questioning, doubt, focusing on what is forbidden and finally on outright denial of the truth. And Eve is only the first to be drawn in and to succumb to the temptation. Every one of us has fallen for the same old trap. If you think of your own life, I’m sure you will think of examples where this pattern was used against you, perhaps just in your own thoughts or perhaps in a book you have read (and there are many books in the bookstores, both Christian and non- where this same pattern is used). Satan’s first tactic worked so well that I don’t think he has ever felt it necessary to modify it too much. The shape of temptation has not changed.