Dismiss the Devil with a Song 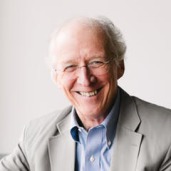 I have experienced the Adversary scream in pain to "stop the singing" or to "turn off the Christian music" that I generally have playing in the background when I am involved in a deep healing session.
Now here is an article by Pastor John Piper recounting his personal experience in dealing with the same situation and how he handled it.

John Piper is founder and teacher of desiringGod.org and chancellor of Bethlehem College & Seminary. For 33 years, he served as pastor of Bethlehem Baptist Church, Minneapolis, Minnesota. He is the author of more than 50 books, including Desiring God: Meditations of a Christian Hedonist and most recently Coronavirus and Christ.

Now, if you have read the book that we’ve been trying to sell, Dick Eastman’s book The Hour That Changes the World, there’s a little chapter in there on singing in your personal devotions. And it tells some stories in there. You would have remembered two of them. One is of Mary Slessor, who was a missionary to China. And it says that Mary used to say, “I sing the ‘Doxology’ and dismiss the devil.” And Amy Carmichael, without any connection with Mary Slessor as far as I know, used to say, “I believe truly that Satan cannot endure it and so slips out of the room more or less when there is a true song.” Then listen to Martin Luther:

Next after theology I give to music the highest place and the greatest honor. I would not change what little I know of music for something great. Experience proves that next to the Word of God only music deserves to be extolled as the mistress and governess of the feelings of the human heart. We know that to the devil music is distasteful and insufferable. My heart bubbles up and overflows in response to music, which has so often refreshed me and delivered me from dire plagues. (Here I Stand, 266)

Just like David did for Saul, remember, again and again. It’s no wonder that Satan does his best to keep us from being a singing church. Satan does his best to keep you from being a singing person. I don’t think these testimonies of Mary Slessor and Amy Carmichael and Martin Luther (and I could add William Law and Jonathan Edwards; I was collecting a whole bunch of them yesterday) are pious platitudes that sort of mean, “Well, of course everybody feels a little better when they sing” — sort of an emotional pill that you can take to add spice to your worship.

I don’t think that’s what they mean. I think what they are saying is strictly and terribly true: Satan flees before the spiritual singing of God’s people.

I’ll tell you a story why I’m so convinced of that: four years ago I got a phone call — 10:30 at night — and the person on the other end said, “There is a woman in this apartment who is demon possessed. Would you come over?” “Alright, I’ll come over.” I called Tom Steller on the phone. “Tom, would you go with me?” “Sure.” We go; our wives stay home and pray. We don’t know what we’ll find.

What we find is an apartment with about five young women and one young man who will not let this woman out of this apartment. She had glazed eyes, was bitter, and had a little penknife in her hand, threatening. For two hours I talk to this woman: I read Scripture and read prayers of deliverance. It comes to a head where she starts getting very violent. She knocks the Bible out of my hand, she rips the paper out of my hand, she pounds on my back. About 1:00 in the morning, when the word of God and the force of evil were at their fever pitch, one of those young women started to sing. And what they sang was the little phrase “Alleluia.”

And she became vicious, threatened everyone if we wouldn’t stop singing. She fell on the ground, screamed for Satan not to leave her, went into convulsions, and then went limp. When she came to, she didn’t have any idea what had happened. She was willing to take the Bible, read Romans 8, and pray with us.

So, if you tell Tom and me that battle with Satan in song is a kind of pious pill, we’ll say that, for us that night, it felt like life and death. And it has ever since had that quality about it, and it ought to have that quality about it in the church. I believe that when God moves us to sing from the Holy Spirit, Satan is frustrated in our midst. But ten minutes of song at the beginning of a time of prayer banishes Satan. It has great power.

What do you feel like? You know what you feel like? “There’s a song in my son’s heart.” That’s all you feel. And if somebody comes along and says, “That’s a lousy song,” you would do just what God did to Moab: you’d flatten him, or you’d shake the jail. You see, when God hears his children sing, he looks around and says, “Where’s an enemy?” You don’t have to worry about whether you can sing or not. If you’re a daddy and you’ve ever heard a 4-year-old sing, you’ll sing.