Satan is most active - and the most effective - in the local church.

Many believers are shocked when they discover this truth.

Many foolishly believe that their church building or church community and its members are safe from the attacks of Satan.

But they are wrong.

Satan works diligently in the church, in seminaries, in para-church organizations because he is an enemy of God and attacking God's people is what he does best.

Satan has infiltrated every choir, every pulpit, every board meeting, AWANA event, youth group camp and is likely sitting in the pews in your church every time you gather.

We should not be surprised. Satan already has the world, so of course he would turn his attention to the church and attempt to subvert it. And he has been very effective at doing so, in large part because we enable him to work more effectively. Many of our communities are little more than petri dishes for his efforts. We empower him to do his bidding with our ignorance of Scripture and our failure to take up the armour of God and to protect ourselves against this intruder.

Satan and his demons no longer need to fight with believers in Christ Jesus. Most believers do the fighting for him - attacking each other, tearing down their pastors, not supporting their church with their prayers and tithes, and bringing disrepute to the Gospel of Jesus Christ. Satan has never had it so easy as he does today, in large part because so much of the work of destroying the church and the message is being conducted by those who claim Jesus as Lord. 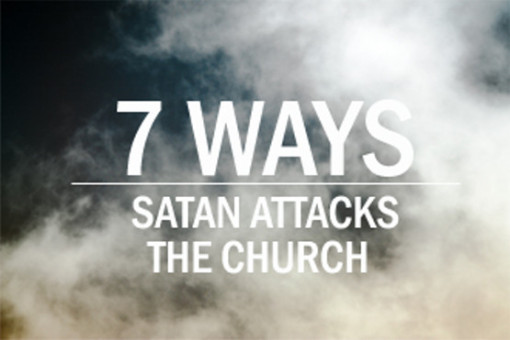 Be serious! Be alert! Your adversary the Devil is prowling around like a roaring lion, looking for anyone he can devour. 1 Peter 5:8

I’m not a pastor who is constantly looking for Satan behind everything that goes wrong. I concentrate my attention on Jesus and encouraging others to follow Jesus and not to focus on the defeated one. Yet, I’m fully aware that Satan loves to destroy…or attempt to destroy…a church. Obviously Satan is a limited being and God’s church is secure. The gates of hell shall never overcome what God started, but Satan certainly loves to disrupt what God’s church is doing.

Here are 7 way Satan tries to destroy a church:

Satan loves business meetings that get out of hand or when two church members have disagreements outside of church. He loves when church members argue about trivial things, such as colors of the carpet or big things, such as whether to add another service. Doesn’t matter to him. Show him a good argument potential and he’s willing to stir the fire.

Satan loves to burn out a church volunteer, staff member, or pastor. If he can make them feel they are no longer needed, their work is not appreciated, or that they no longer have anything to offer…he feels he’s winning part of the battle.

Satan is the stirrer of dissension. He likes to plant little seeds of a juicy story, about someone in the church or community…sometimes even the pastor or staff…and watch them quickly spread through a church congregation or community. The version, of course, usually grows to a larger portion than reality. Satan likes that too.

Satan loves to distract church goers with a plethora of activity that produces little results in Kingdom-building.

Satan attempts to interject what he calls a “half-truth”; just a hint of false doctrine and then watch it disrupt or divide a body. Of course, we all know that half-truth is really just a cleaned up version of a bold face lie, but Satan is clever enough to disguise a lie in a way where false teachers gain entry and do damage before being discovered.

Satan loves a good, juicy, gossipy news headline in the local paper. If it will split, divide or destroy a church body…even better. If it will destroy someone’s Kingdom calling or work…he’ll take that too.

Satan loves to destroy any relationship, but he also goes after key leader’s marriages; even the pastor’s marriage. He likes to encourage prodigal children. He wants to cause families to fight within the church and fight with the church. Satan knows if he can destroy a home, he has a better chance of destroying a church.

Thankfully, there is good news:

You are from God, little children, and you have conquered them, because the One who is in you is greater than the one who is in the world. 1 John 4:4 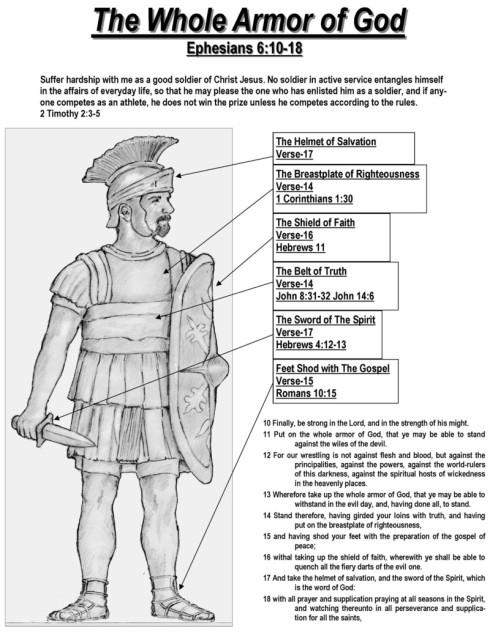