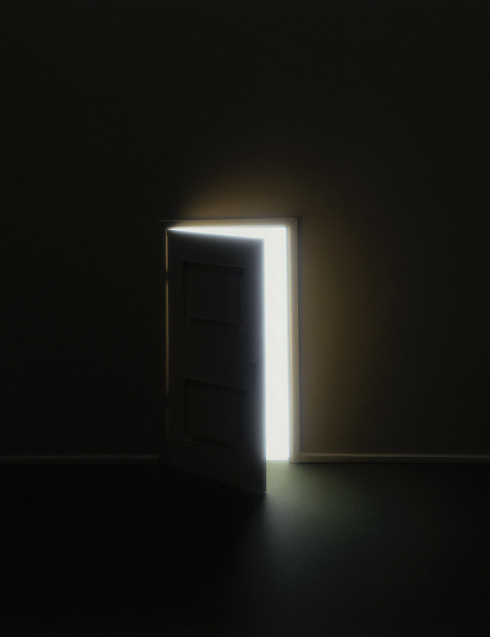 Any object associated with idolatry can bring demons into a person's life. We need to be careful about bringing back trinkets from third world nations that may be associated with false gods, fetishes, or black magic in any way. Any object with supposed occultic power will bring demons to the owner. Some symbols like the Ying and Yang symbol, the upside-down broken cross used in witchcraft and the "Peace" movement all have demonic connotations and can open the door for demons.﻿

Curses take root in the same way that demons enter. It may be that in the case of some curses, demons don't go inside the person, but somehow attach themselves to them anyway. The important thing, in either case, is to destroy the legal ground through which Satan's demons get access to afflict, harass and torment people.

It is often helpful to know the main ways that demons get into people. In order to get demons out, we usually need to know what it was that gave them the legal right to enter in the first place! Then by renunciation of that thing, and by determined faith in God, we can, with God's authority, command the related demons to leave. The demons will be forced to leave.

Demons cannot just enter people anytime they want to. They need a legal opening to do so. Knowledge of the things that open the door to demons will also give us the knowledge of how to keep the door shut on them. It is also necessary in order to maintain our deliverance. What is the point of getting demons out, if they are only going to be let back in shortly?

This may not seem fair, but it is a reality. We inherit both good and bad from our ancestors, but because of Jesus, we can break out of the curse and come into the abundant life as God's children. Some people are a certain way because they have been demonically oppressed all their lives, even from the womb. People can think it is part of them, but really it isn't. They can be freed.

I personally needed much deliverance from spirits associated with the false religion of freemason. My great-grandfather was a high-level Freemason and the curse associated with that did affect my family and I. After deliverance from this my spiritual life was able to go forward and I had much more peace in my walk with God. There was definitely a spiritual struggle and some demons had to be coughed out of my system as I came to the Lord Jesus for deliverance.

Many Indian people, even from believing families, need deliverance from the curses associated with the idolatry of their ancestors. For example, I've heard of new believers in Fiji of Indian origin needing deliverance from spirits of the monkey god which their ancestors worshipped. Strange monkey like manifestations occurred when this spirit was confronted.

When you read between the lines in the Bible you can see how certain sins come down the generations. Solomon was born of David and Bathsheba, a relationship which began in adultery. And so Solomon's love for foreign women became his downfall. He had 700 wives and 300 concubines, and his foreign wives led him into idolatry. Rehoboam, Solomon's son, also had plenty of wives and concubines - though he was a man of more modest means.

Abraham, Isaac and Jacob all had a problem with lying and deceiving. Abraham and Isaac both lied, saying their wives were their sisters. Jacob deceived his brother and was later deceived by his own sons concerning Joseph. Even God's men can be vulnerable to this kind of generational character flaw.

This is not to say that a man is forced to sin because of the sins of his parents. Hezekiah was a good example of one king who refused to follow the ungodly example of his father. In Jesus Christ, all can be freed from the chains of generational and cultural sins, and live in the perfect will of God. But often deliverance is needed before this can be realised.

"Do you not know that to whom you present yourselves, slaves, to obey, you are that one's slaves whom you obey, whether of sin leading to death or of obedience leading to righteousness?" (Romans 6:16).

Jesus answered them, "Most assuredly, I say to you, whoever commits sin is a slave of sin." (John 8:34).

When people yield to particular sins often enough - even at the level of mental acceptance - demons can enter them. Actually, even one deliberate sin can open the door for a demon to enter. It does not always happen, but it can, especially where repentance does not happen quickly.

When a person is doing a sin that they hate and resent, it is no longer freedom - it is slavery. Yielding to sin always costs more than it gives. You may have done it freely the first time, but you can't stop doing it freely. Demons drive and compel people towards the same evil things. One of the areas where many people are most conscious of this is in the area of sexual lust and masturbation. People may also feel compelled to lie, cheat, steal or think blasphemous thoughts. It is by the work of the cross that all such bondages can be broken, and deliverance from demons is made possible by the victory Jesus achieved there.

There is the law of sowing and reaping, which states that "whatever a man sows, this he will also reap". Demons work to make sure people reap the negative things they have sown. If we sow deception, we will be deceived. If we sow hatred, we will reap it. "Those who live by the sword perish by the sword". For this reason, alone we would do well to avoid sin. Only Jesus can free us from sin's chains, from the power of sin. Once he frees us, we do well to give ourselves to Him completely so we can enjoy Him fully and stay out of further bondage to evil.

To the extent we compromise with evil we become the slaves of it.

God said to Cain, "If you do well, will you not be accepted? And if you do not do well, sin lies at the door. And its desire is for you, but you should rule over it." (Genesis 4:7). Here "sin" is portrayed as a personality with the desire to rule over us. This speaks of demonic powers.

Sins of omission are the main reason that demons get into or back into Christians.We are supposed to be filled with the Holy Spirit as much as possible and to seek the face of God. We are supposed to be devoted to prayer. However much we may seek to avoid this logic, when we are not doing this, we are living contrary to the will of God. And Satan knows it.

Demons return to empty vessels. The demon says, "I will return to my house from which I came. And when he comes, he finds it empty, swept and put in order. Then he goes and takes with him seven other spirits more wicked than himself, and they enter and dwell there, and the last state of that man is worse than the first." (Matthew 12:44,45).

If you have done this, be sure that God is well able to deliver you, but it will be when in your heart you truly return to the Lord as being the number one passion of your life.

These can open the door for demons to get in - for example, a sudden shock might open the door for a demon of fear to enter a young child. That demon may have a stronghold for years afterwards, producing irrational fears in a person at odd moments. Once we are aware of this, we will be more prudent about the kinds of things we let our young children watch, and we will also learn the importance of praising God instead of going to pieces when the storms of life strike.

These can open the door for demons to get into people - demons which will later work to blind them to the true gospel. Such spirits are also transmitted through curses down through the generations. Therefore, in seeking light from the Holy Spirit concerning a particular need for deliverance, be it in your own life or someone else's, be aware of this possibility.

Many forms of modern entertainment open people to demonic invasion.

Much in the film, television and music industries are inspired by Satan and opens people up to satanic or worldly philosophy and the influence of demons. Pornography, occultic role-playing games or devices to supposedly communicate with the dead or tell fortunes all open people up to demons.

These days the majority of films and television shows rated PG or above have elements which glorify evil, promote lust, or inspire fear. Many video games, besides being a huge waste of time, have violent themes which at worst can inspire violent attitudes and behaviour in people.

Hurts and Wounds from Others

When people don’t deal properly with the hurts they receive from others in life, by forgiving them fully, they are going to be opened up to demons. Spirits of resentment, rejection, anger, hatred and bitterness are very common amongst people who have been dealt hard and hurtful blows by others. Christians who have been hurt by pastors or spiritual leaders are especially vulnerable. If this applies to you, for your own sake, forgive them, and avoid speaking evil of them. Otherwise, you will go on suffering needlessly. Not dealing with the hurt correctly could mean you do more damage to the body of Christ than they did to you. Also, we are only forgiven by God to the extent that we forgive our Christian brethren from the heart (Matthew 6:12,14,15).

That's just the way it is.

Strong demons have a right to enter people who worship other gods, and especially when they make covenants to them. Satan is keeping the teeming millions of Asia in bondage through all kinds of religious festivals which renew the demonic covenants between a nation and the evil spirits that rule over them in the heavenly realms. When you see Hindu priests with hooks through their backs who apparently don't feel pain, you should realise we are not dealing with mere psychological or cultural curiosities. The pilgrimages to Mecca are a pillar of Islam whereby the evil spirits associated with that religion keep their grip on the minds of the faithful.

The Olympic Games is amongst other things a kind of pagan ceremony of Greek paganism. The spirit of Greece expresses itself in humanism, worship of the body, intellectualism and things like this. The amount of fuss created concerning the Olympic Games should alert us to the fact that it is a religious as well as a sporting event. It is well known that pagan priests are involved in the Olympic tradition, and the lighting of the Olympic flame and Satan has always sought to use these games for his purposes. (God also has strategies to use the Games for His purposes too, but that is another subject).

The main point is that covenants and pilgrimages are often entry points for demonic powers. The satanic priest makes a covenant with the devil, signed in their own blood, and many other religions involve pilgrimages and covenants which are not in accordance with God's revelation the Bible. They are inspired by a different spirit and lead to bondage whether people realise it or not.