There are a number of mistakes that well-intentioned people can make when dealing with demons. The first mistake is to fail to recognize that demons have a legal right to be where they are and controlling what they control. The second mistake is to attempt to deal with a demon in your own power. Read the following account from the Book of Acts, ch. 19:

11 And God was doing extraordinary miracles by the hands of Paul,

12 so that even handkerchiefs or aprons that had touched his skin were carried away to the sick, and their diseases left them and the evil spirits came out of them.

13 Then some of the itinerant Jewish exorcists undertook to invoke the name of the Lord Jesus over those who had evil spirits, saying, “I adjure you by the Jesus whom Paul proclaims.”

14 Seven sons of a Jewish high priest named Sceva were doing this.

15 But the evil spirit answered them, “Jesus I know, and Paul I recognize, but who are you?”

16 And the man in whom was the evil spirit leaped on them, mastered all of them and overpowered them, so that they fled out of that house naked and wounded.

17 And this became known to all the residents of Ephesus, both Jews and Greeks. And fear fell upon them all, and the name of the Lord Jesus was extolled.

18 Also many of those who were now believers came, confessing and divulging their practices.

19 And a number of those who had practiced magic arts brought their books together and burned them in the sight of all. And they counted the value of them and found it came to fifty thousand pieces of silver.

20 So the word of the Lord continued to increase and prevail mightily.﻿ 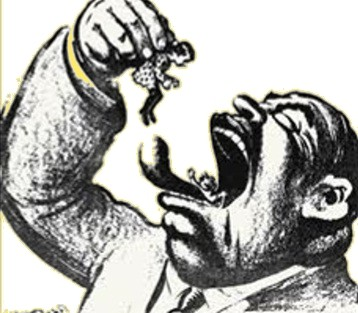 Wrong ways of defending yourself:
Use the following simple prayer of confession for each item on the previous list that has ever applied to you. Pray for each item separately.

I thank You for Your forgiveness

and I commit myself to trusting in You

to defend and protect me.

Sometimes we are greatly hindered from walking by faith in our Father God because of the lies we have believed about Him. We are to have a healthy fear of God (awe of His holiness, power and presence), but we are not to be afraid of Him.
Read Romans 8:15.
The following exercise will help break the chains of those lies and enable you to begin to experience that intimate  Abba Father relationship with Him.
Work your way down the list, one by one.
Begin each one with the statement at the top of the list.
Read through the following list aloud and with conviction. You speak The Truth.
There is no power in shouting and no need -- no one in ths spirit world is deaf.
Each renunciation breaks bonds that may be holding you in captivity.
I renounce the lie that my Heavenly Father is…