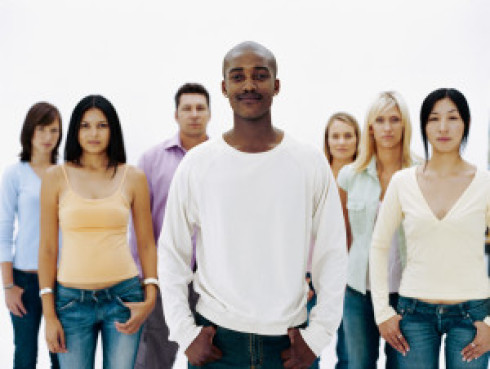 Who's in Charge: God or Satan?

In Bible Study the other day, we are studying Luke  chapter four. Satan tempts Jesus (in the wilderness 40 days), Satan says to Jesus, bow down and worship me and I can give you all this. I know he is the father of lies, was that a lie? Could he have given Jesus all…?  If Jesus had bowed to him, Or was it a trick/lie and he hadn’t any authority to offer Jesus the world???  One lady said, he has power over the earth (at this time temporarily) and he did have authority and could do what he says.

Which then brought up another question: Does Satan need authority from God to do anything to the people and earth? Is that true? Or as this lady said, Satan gets authority from God, Only when pertaining to Christians believers. Satan does not have to get permission from God, when dealing with unbelievers.

How far you have fallen from heaven, O Day Star, son of Dawn!

How you are cut down to the ground, you who laid the nations low!

You said in your heart, “I will ascend to heaven; above the stars of God.

I will set my throne on high; I will sit on the mount of assembly in the far north; I will ascend above the heights of the clouds, I will make myself like the Most High.”

This is probably the most detailed account of Satan’s rebellion in the Bible. One thing to notice here, in Satan’s own words, is his desire to make [him]self like the Most High. Of course, that’s impossible! Why?

Author-ity: Where does it come from?

If you think about the word “authority,” it comes from the word “author.” We know from Genesis 1 that God is the Author of the entire universe (including Satan himself)! Remember, Satan is an angel, created by God. Satan is not divine. He is not God’s equal. The closest Satan comes to being an author is by twisting what God has done, and turning it into sin. He’s the author of lies.

What kind of authority does Satan exercise?

Jesus referred to him as “the ruler of this world” (John 12:31), and Paul calls him “the prince of the power of the air” (Ephesians 2:2), and “the god of this world”  (2 Corinthians 4:4). John makes a further distinction when he says: “We know that we are of God, and the whole world is in the power of the evil one” (1 John 5:19). These references leave us with the question: In what sense does Satan “rule” the world?

The Bible frequently uses “the world” or “this world” to refer to the present evil system of opposition to God. So, the Bible never teaches that Satan actually rules over the entire world, but that he is ruler over the current system of sinful opposition to God. In other words, he’s leading the rebellion against God.

The book of Job gives further insight into the limited nature of Satan’s power. Satan came before God with other heavenly beings (Job 1:6), and God asked him where he had been (1:7). Satan tells him, and God asks if he knows about His servant, Job (1:8). Satan challenges God, saying He’s put a hedge around Job and blessed him, and he asks God to take away the hedge, threatening that if He did, Job would curse Him to His face (1:10-11). God removes the hedge of blessing around Job’s life, but restricts Satan’s activity.

It is clear from this that Satan could do only what God had given him permission to do, and nothing more. Job was certainly a believer, but there is no reason to think that Satan somehow has unrestricted authority over unbelievers. This Scripture tells us the  reason that Satan has any authority at all – because God allows it to be so… for now.

All the kingdoms of the World and their Authority

Back to your question: If Jesus had bowed His knee to him, could Satan really have given “all the kingdoms of the world and their glory” (Matthew 4:8) to Him? If we take what we’ve learned so far, we can reframe the situation a bit… The kingdoms of the world are made up of people and systems in rebellion against God. Satan was essentially tempting Jesus to join his rebellion against God.

How would Jesus do this? By choosing to bypass God’s plan for Him to humble Himself, die on the cross for our sins, rise to new life, and receive the kingdom of God from His Father (Ephesians 2:5-10) . Instead of bowing to God, and being obedient to Him, Jesus could bow to Satan, avoid the pain and suffering of the cross, and immediately become king of Satan’s rogue kingdom.

Why the Son of God took on Flesh and Blood

Yes, Satan could have given this kingdom to Jesus. But the very reason that the Son of God took on flesh and blood was “that through death he might render powerless him who had the power of death, that is, the devil” (Hebrews 2:14). When Jesus died on the cross, He took away our sins, satisfying the demands of God’s law, and He triumphed over Satan, disarming the power that he holds over people – the power of death, because sin leads to death (Colossians 2:13-15).

Instead of joining his rebellion, Jesus now waits for the final judgment and the decisive victory over Satan to be accomplished, when he will be “thrown into the lake of fire” and “tormented day and night for ever and ever” (Revelation 20:10), and his kingdom and authority will be taken away from Satan and given back to King Jesus, its rightful Author and Owner. Amen… 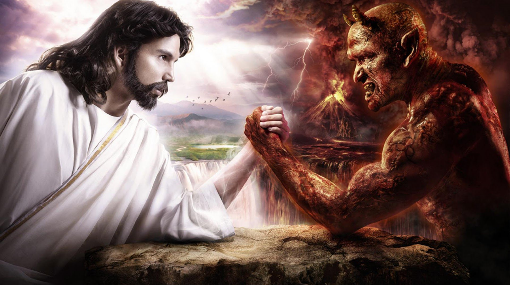